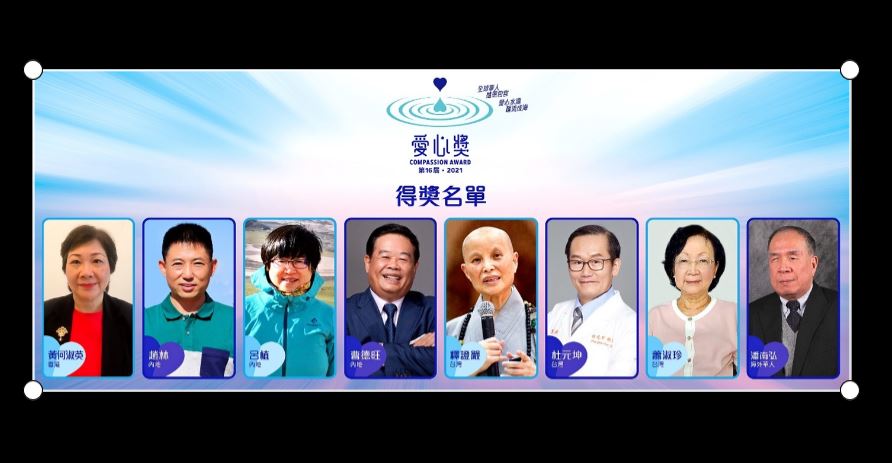 The Hong Kong Macau & Taiwan Charity Fund Ltd has announced its 16th Compassion Award winners’ list for 2021. There were 8 recipients, one of them is Mr Nan Hung (Henry) Pan, Foundation Chairperson of the Chinese Australian Services Society, a community organisation in Sydney, Australia.

The Charity Fund was founded in 2004 with the aim of encouraging businesses and Chinese compatriots from Hong Kong, Macau and Taiwan to work together to assist the poor and the disadvantaged in the society. It established the ‘Compassion Award’ in 2006 to promote positive role models of compassion and enhance positive energy in the society. 2021 is the 16th year of the award and the prize money has been increased to US$160,000, the highest amount presented to Chinese recipients internationally for recognition of their benevolent contribution.

Like the previous year, the 2021 ‘Compassion Award’ received nominations from all over the world, including Australia, United States of America, United Kingdom, Singapore as well as Hong Kong, China, Macau and Taiwan. The nominees consisted of Chinese philanthropists, religious leaders, pioneers of charities and founders of not-for-profit organisations.

The Charity Fund acknowledges the contributions of the award recipients made to the welfare of the community, especially their innovative thinking, their outstanding leadership, and their persistent compassion, making them exemplary role models for the society. Each recipient will be awarded US$160,000.

Presentation of the ‘Compassion Awards’ is scheduled to be held in mid-December 2021. The date and venue will be decided in consultation with the co-organiser Phoenix TV pending the COVID-19 situation of the different regions.

Mr Pan is the only award recipient from overseas (outside China, Hong Kong, Macau and Taiwan). Born in Singapore, he came to Australia in 1970 to pursue his studies at the University of New South Wales (UNSW). He graduated with a First Class Honours degree in Bachelor of Engineering and was presented with the University Medal then.

According to the judging panel, Mr Pan founded the Chinese Australian Services Society in 1981, a community services provider commonly known by its brand name, “CASS”. He is the Executive Director of CASS since 2008, serving on a totally voluntary basis. Over the last 40 years, under Mr Pan’s leadership, CASS has developed into a multi-disciplined not-for-profit community services provider with a team of 450 staff members. The services provided include child care, home ageing, residential aged care, disability services, promotion of Chinese culture and language, and settlement services for East-Asian migrants. Over 4000 families benefit from its services each week.

The judging panel also pointed out that even though Mr Pan became blind after he was assaulted while helping the disadvantaged, he overcame challenges and learned to use special computer software to manage the affairs of CASS, and continued his efforts to raise funds to help the disadvantaged, provide feedback and opinions to the government and promote the spirit of mutual help among multicultural communities.

Mr Pan has received numerous awards over the years in recognising his longstanding voluntary contributions in community services, including an Order of Australia Medal (OAM) in 1997 and a Centenary Medal in 2001 respectively by the Australian Government, the Quang Tart Lifetime Achievement Award in Community Service in 2017 presented by the Premier of NSW, and UNSW Alumni Award in the category of ‘Social Impact and Public Policy’ in 2018.

On learning about winning the award, Mr Pan expressed that he would donate all of the prize money of US$160,000 to the CASS Residential Aged Care Facility Building Fund. He says the Award is a recognition internationally on the longstanding and collective efforts of the CASS Team, and he is honoured to receive the Award on behalf of the CASS Team.

When the news about Henry winning the ‘Compassion Award’ reaches members of the CASS Team, it thrills everyone who knows him and his good deeds. There are comments:

Congratulations to Henry and all the amazing award winners! You all are recognized as role models and inspiration to us! More details about “The Compassion Award 2021” can be found at www.compassionaward.org  or the webpage of The Hong Kong, Macau and Taiwan Charity Foundation at www.hmtcf.org.