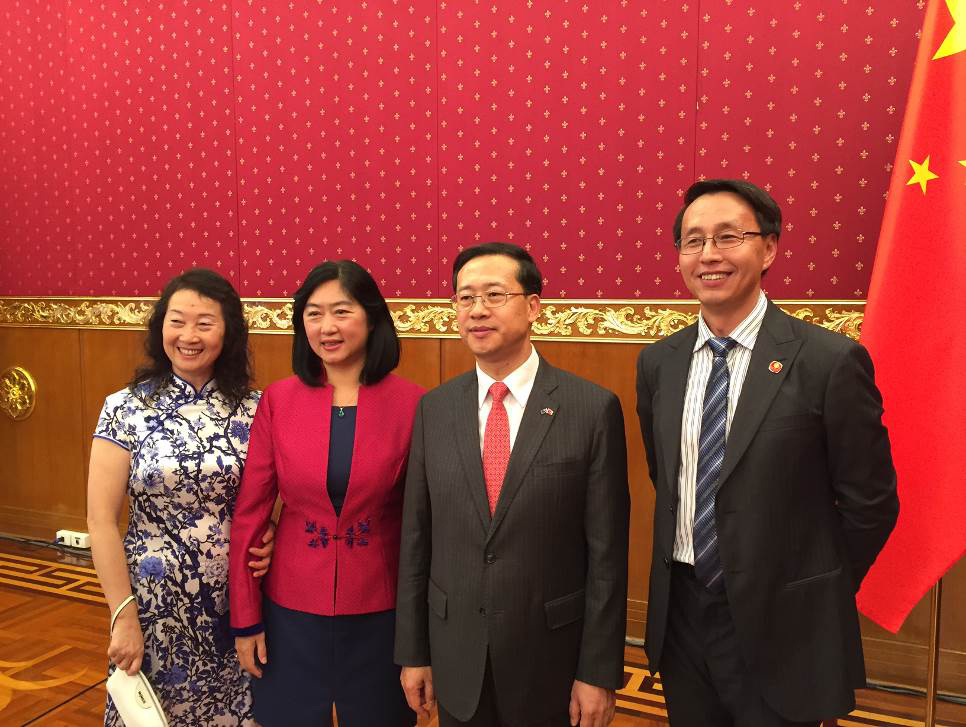 Dr Bo Zhou, Deputy Chairperson and Treasurer of CASS, is full of far-sighted wisdom. Bo graduated from Peking University and came to Sydney in the 1980s to undertake postgraduate studies in Geology at the University of Sydney. After obtaining his PhD degree, he completed a three-year post-doctoral research project on the geology of Antarctica, at the University of New South Wales. He later received a MBA from the Australian Graduate School of Management, and is currently a senior management executive of an international company.

He says, “I read in the newspaper about CASS running a ballet class. Since I wanted my daughter to stay connected with Chinese culture while growing up in Australia, I enrolled her. CASS ran the classes with limited resources, parents volunteering for various tasks such as setting up the venue and collecting fees. As one of these volunteers, I met Henry Pan. I later accepted nomination as a member of the CASS Board.”

Bo became the Treasurer. Over the years, he has focused on scrutinising each month’s financial performance. He also does translation work. He represents CASS at external events organised by governments or other community organisations. At a reception in 2016 organised by Federal MP, Mr David Coleman, for community leaders, Prime Minister Malcolm Turnbull spoke of his 20-year friendship with Bo; they had worked together at an international company. Bo was also the only Chinese community representative to be invited to the farewell reception for the former Chinese Ambassador to Australia, Mr Zhaoxu Ma.

But Bo does more than represent CASS at important events. He travels frequently between Australia and China for his own work, and often helps carry materials from China to CASS or vice versa. No one at CASS will forget how he carried thousands of biodegradable bags in several batches over a period of six months from China to Sydney, during his frequent flights between the two countries. His generous efforts helped CASS save lots of money, since the bags are made in China at low cost—and there were no delivery charges.

Times have changed since Bo noticed the newspaper article about CASS ballet classes. With developments in technology, new media platforms have become more popular. With Bo’s support and guidance, CASS has begun to use multimedia platforms to communicate with the community and its members.

What has fostered Bo’s relationship with CASS over the last 20 years? It is heartening to know that he had tried volunteering for other community organisations, but in the end chose CASS. He is inspired by the CASS philosophy of serving the community, and its commitment to the welfare and rights of Chinese Australians. His is not a family connection, and nor is it a matter of career advancement or financial reward. There must be another strong force that sustains his dedication. He comments, “Perhaps it is the spirit of altruism.”

Bo has vivid memories of the three dark years of internal turmoil within the organisation that began in 2006. He stood by Henry Pan when he was unfairly treated. He does not mention much about the injustice he himself experienced.

Bo has served on the CASS Board for 18 years, and is always working for the good of the organisation. He notes that it has suffered because of unnecessary internal conflict, but hopes it will continue to broaden its services, at the same time building its expertise, to become a leader in its field.

Different people use different criteria as measures of success. Some would point to having a happy family and career; others would say spiritual contentment and feeling at peace; still more seeing children growing up and spreading their wings to soar high. Bo fits all these. He is a man of profound knowledge, with a strong sense of what is right.