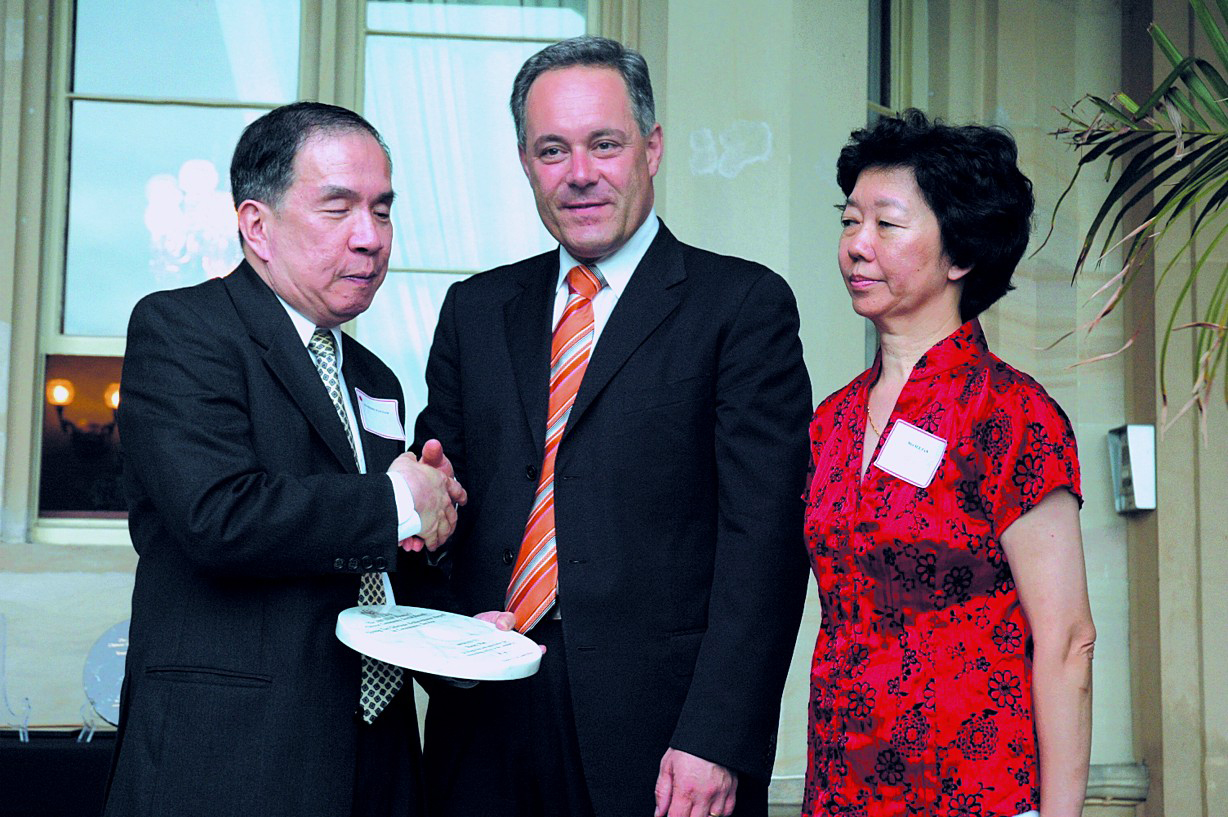 Henry Pan – a man without sight yet full of vision

On 8 January 2006, the Foundation Chairperson of CASS, Henry Pan, was attacked while helping a disadvantaged member in her home. Without warning, a thug violently attacked Henry and, in less than a minute, blinded him. Ever since he has been living in a world of darkness.

Many people were horrified at this tragic misfortune and bewailed Henry’s loss of sight. Many offered their help. But not everyone. A small group within the management of CASS asked, “Can a disabled man lead CASS to its next stage, building on our last 25 years?” Some began to spread rumours about Henry’s capability, using this chance to rob him of his Chairperson role. He was devastated, both physically and emotionally, by this treatment.

Some people would continue to blame fate for its merciless blow. Facing the brutal reality of the greatest challenge of his life, Henry stood firm, sustained by unflinching willpower. He may have lost his sight, but he used his ears, his heart and his brain to make sense of his new dark environment. He used special software to control the keyboard to access his computer, typed, sent emails and listened to news on the Internet, just like everyone else.

For Henry, a further challenge was resolving the internal conflicts within CASS. He was heartened that people rallied around him, with a group of CASS and other community members organising a gathering, Community Spirit of Henry Pan, with over 500 people attending to celebrate his achievements and contributions. Afterwards, Australian government officials and successive Chinese Ambassadors and Consul-Generals conveyed their warmest concern. The Australian Council of Chinese Organisations presented him with an award in recognition of his achievements. In 2007, at a Lunar New Year function, he was presented with the Quong Tart Lifetime Achievement Award in Community Service by the then NSW Premier Morris Iemma.

In December 2007, the persistence of Henry and loyal CASS members finally paid off. A new Board was elected at the Annual General Meeting. While Henry had no wish to take the Chairperson position again, he continued to offer his skills, talents, vast experience and expert knowledge as a volunteer, to help the organisation further its development. With Leng Tan, Peng Bai, Bo Zhou, Dominic Sin, Peter Fong, Louise Wu, Tao Bai and Chuck Hong working as a team, CASS recovered gradually.

Henry’s soul glows. He often has his wonderful wife by his side, lovingly taking care of him. Mrs Pan takes Henry to work and quietly supports him. Together, the couple has contributed to CASS for as long as it has operated. CASS has become their second home. Seeing Henry and his wife holding hands as they walk through the gate of CASS, people are touched by the serenity of the couple and their sacrifice.

Henry’s work takes no account of day and night: he simply keeps going. He has high expectations for CASS. It is not uncommon for colleagues to receive emails from him in the middle of the night. While everyone else is enjoying a good night’s sleep, Henry is still working. He wants to use every minute. While he has a huge workload, he is highly efficient, causing people around him to forget his disability. He never asks for remuneration; instead, he pays for his lunch and never claims for transport expenses.  He even pays his own phone bill.

Henry says he lives a simple life with few needs. While people describe him as the architect of CASS, he counters that he considers himself a hard-working gardener. He is now surrounded by admirers and supporters and has worked with this team to formulate a blueprint for the development of CASS for the next decade.

Henry might lack sight, but he is a visionary. He is relentless in his pursuit of his goals, aided by his intellect and wisdom, his exceptional memory, his extensive knowledge, his unwavering persistence, and his positive attitude towards life. He will not be beaten by tragedy brought by fate, and never stops believing in the value and meaning of what he is doing. He fights against all odds and battles upstream. Those around him are in awe of his indomitable spirit. He is indeed a great role model, for all at CASS, his children and grandchildren and the community.

The concerted efforts of CASS leaders have paid off. Like a beautiful garden, CASS is flourishing, full of colour and vitality.